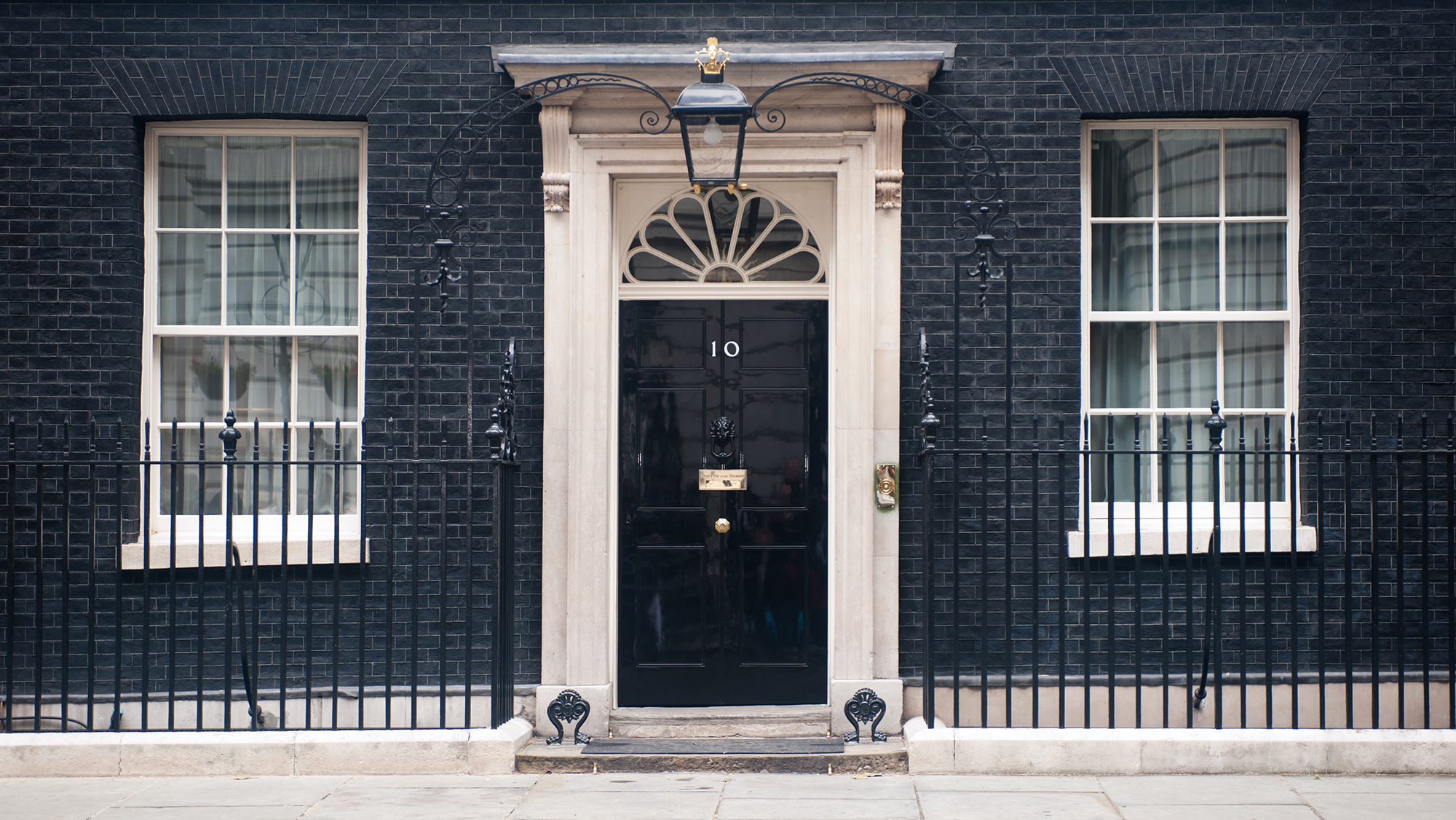 Often simply referred to as “Number 10”, there is no mistaking the building from which this door belongs. The door is so distinctive, that we all recognise it immediately as 10 Downing Street, London, the official residence and office of the Prime Minister. Although we think we all know this door, here are some surprising facts about the famous Number 10…

Did you know that the door cannot be opened from the outside? There’s no outside handle, so you have to be let in from the inside.

Did you know that there are, in fact, three Number 10 doors? The original door, made of black oak and dating back to 1775, is on display at the Churchill Museum at the Cabinet War Rooms in London. After a terrorist attack on Downing Street in 1991, the original door was replaced by a replica, made of blast-proof steel. It looks identical to the original. There is also a third door, another replica made of blast-proof steel; the two doors are rotated whenever one of them needs to be repainted.

Did you know that the letter box doesn’t work? The original door had, of course, a working letter box, but due to security reasons, the replica doors just have decorative letter boxes on them.

Did you know that the door hasn’t always been black? It was painted dark green, from 1908 until 1916, when Herbert Asquith was Prime Minister.

Do you have a distinctive front door? Tell us about it in the comments!

By continuing to browse the site you are agreeing to our use of cookies.